Extract from the history of the village, the mill and the guesthouse

The village of Ismaning proudly celebrated its 1,200th anniversary in 2009. It has been proved that a mill existed in the village from the Middle Ages onwards. The first illustration can be found on a map dating back to 1716. Two wooden wheels powered a flour and sawmill on the site of what is now the hotel, next to the castle which was the seat of the Prince Bishops. The stream was an elixir of life for the rural inns, not only driving the mill, but also quenching the thirst of people and animals and providing a source of water for washing, cooking, irrigation, cooling, fishing and, in the case of the children, playing. 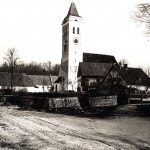 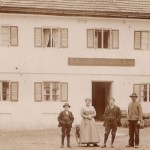 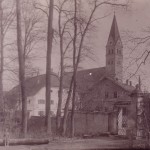 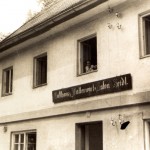 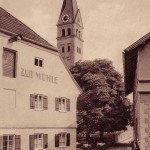 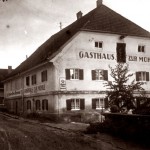 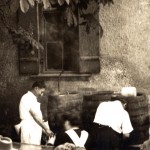 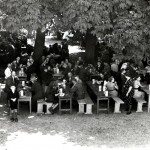 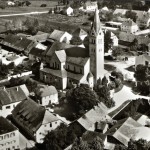 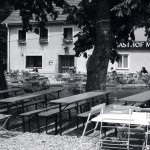 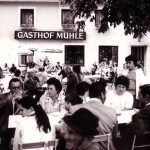 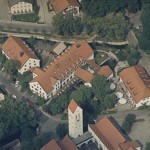 The Seidl family history can be traced back to the 18th century, and has its roots close to nature – in agriculture. The Seidls used to be farmers in the Bavarian “Oberland”, or mountainous region. The young Bartholomäus Seidl, the 16th of seventeen children from “Obermayr” in Großhartpenning near Holzkirchen, set out for the eastern district of the city of Munich around 1800, accompanied by his wife, Walburga and made his fortune with bricks, which sold like hot cakes in Bavaria’s rapidly growing electoral residency. However, his son Johann Seidl, preferred to abandon the security of the brick business and rise to new challenges. His first stop, an inn in Dietersheim, located on the then important road from Munich to Freising, was a resounding success. Johann Seidl used the proceeds to purchase the baroque residential property “Schlossgut Erching”, erstwhile home of Freising’s Prince Bishop, selling it at a profit sixteen years later. He finally settled with his family in Ismaning and purchased the Mühlhauser estate, a property complete with a saw- and flour mill (now the “Seidlmühle” cultural centre). His motto? “The wheels never stop turning where there is water”…

THE ESTABLISHMENT OF THE GUESTHOUSE

Johann Seidl’s son, also named Johann, and his wife Therese were the next generation to take over the estate. They subsequently left the property to their first son, another Johann, while Johann senior purchased the “Jungmüllersche” mill, located in the heart of Ismaning, for their second son, Anton, complete with inn and a small farm.

Anton Seidl reopened the inn with his wife Katharina in 1894, replacing the burnt-down mill with a small power station and introducing gastronomy to the tavern.

His son, also called Anton, took over the property in 1940. He gave up the farm after the war and expanded the inn, which became a goodly sized guesthouse with guest rooms.

His son, the third Anton, took over the running of the family business with his wife Rosa from 1969 onwards. He built the “Hotel zu Mühle” on the other side of the Seebach stream in 1982, which was soon visited by guests from all over the world. He renovated the restaurant and expanded the beer garden.

Meanwhile the next generation is at the helm, in the form of the fourth Anton, the present junior manager and his wife Sandra, while little Anton “Fünferl”* Seidl and his baby sister Maria are already waiting in the wings…

*Translator’s note: “Fünferl” means “fiver”, referring to money, an allusion to the fact that this Anton is the fifth son to be so named over five generations.